RAPID COVID19 VACCINES: AFRICAN AND WORLD LEADERS NEED TO EXPLAIN TO PEOPLES WHY THEY CARE SO MUCH TO IMPOSE ON US RAPID VACCINES UNREASSURING TO KILL US?

The global crisis of the COVID19 pandemic has brought the responsibility of the leaders of this world, particularly those of Africa, up to date.
This pandemic, which since its advent has become the source of many controversies, concerns and socio-economic problems both in the West and at home in Africa, now requires a critical mind at this time of launching vaccines around the world.

The serious fears raised since the beginning of the year 2020 on the true origin, the real nature of the virus, the effective protocols for curing the disease have so far remained unanswered.

The millions of people infected and the tens of thousands of dead or supposed from COVID19 in this year 2020 are a valid reason to no longer let it go, abandoning the human race in the hands of people without faith or law who have no conscience, legality and legitimacy to rule this world through their financial powers alone.

The war that the World Health Organization (WHO) and its sponsors of the pharmaceutical industry with the help of networks from the world of communication against the Malagasy remedy for Organic COVID and Professor Didier Raoult (not to mention others finds of African specialists stifled) has finally convinced wise observers and many specialists who have become whistleblowers that this pandemic is a real organized threat, a planned crime against human life.

The involvement of people known worldwide for their previous commitments in policies of world population control, if not worse, of world population decline such as Bill Gate, Georges Soros, in the present initiative to eradicate the pandemic through Anti COVID19 vaccines rapidly developed in less than a year here and there, have ended up aggravating the concerns of international organizations engaged since 2020 in the fight against the global pandemic of the Coronavirus disease.

The previous campaigns of various disastrous or fatal vaccinations in which these personalities and their so-called philanthropic NGOs are cited in Africa, Europe and India require caution and rigor.

The International Coalition Against the Coronavirus and other pandemics for African development "CICC DA" set up through the pan-Africanist network has decided from the start to fight disinformation, underinformation and the dictatorship of the neo-liberal establishment, led by the financial interests of the minority who tried unsuccessfully to impose single thought through censorship in official media and social networks.

After nearly a year of struggle the CICC (or ICAC in English) says it is half satisfied because; she succeeded in contributing to the failure of the plannings of the desolation announced for Africa by the WHO, Bill and Melinda Gate and their experts who expected to see the bodies of dead Africans everywhere in the streets of the African continent. For the first time Africa has not been the first land of death or desolation during this first season of COVID19.
Unexpectedly, it was Europe, the United States of America and Asia along with Russia that were the most affected with tens of thousands of deaths and millions of people infected.

So far this finding has troubled the greatest minds and experts in the Western world and especially the sponsors of COVID19.

Many inadequate measures were taken in haste:

The systematic closure of businesses, borders and places of various worship as well as entertainment have worsened the toll of this pandemic which has become more than an economic and social tragedy for humanity.
The most regular critics have denounced the ineffectiveness and especially the inability of these preventive, health, economic and security measures imposed on the governments of the world under the aegis of the United Nations (UN), WHO, l 'UA et al.
The disorder and dictatorship of world governance has greatly worsened this pandemic which has, as it happens, put under the extinguisher malaria, HIV AIDS, Cancers and other attacks of stroke. Their COVID 19 does not want to share anything with other pathologies and plagues.
Now all the deaths of African or global celebrities are attributed to the COVID19 pandemic

This is the moment found by the neo-liberal international tyranny to impose on us vaccines found as if by magic in less than a year!

Without any other form of debate or concessions, the powerful of this world disguised as philanthropists, with iron hands yet bloody, are attempting at the start of 2021 a great passage in force with the second wave of the global pandemic to impose their vaccines already loans and even put into circulation.

They even make us believe that Joe Biden, the newly elected president of the United States, Barack Obama, the Queen of England and other European leaders would already be ready to be vaccinated against COVID19.

Unfortunately they are hardly credible and the ICAC -AD affirms that this pandemic is a major crisis of civilization in which there is now a deep divide between the world elite and the peoples. A leadership crisis which confirms that the leaders who are supposed to protect the peoples have become real executioners of the latter. Because in reality our elected or badly elected elites are real puppets manipulated by oligarchies and financial interests turned mafias in the hands of rich crooks.

The CICC DA International Coalition is now calling on the leaders of this world regarding the seriousness of their irresponsible decisions and the serious consequences that these could entail by seeking at all costs to impose premature vaccines, not tested for their effectiveness and toxicity making thus the already vulnerable world populations, true guinea pigs, victims resigned to the mercy of genocidaires without faith or law.

MANY SOURCES ARE THE FOUNDATION OF OUR CONVICTION

We draw on the thousands of testimonies from people around the world who have written and posted videos, hosted radio and television broadcasts, lectures through media and social networks to denounce this planned genocide that is taking place. accomplish under our knowing eyes.

We rely on the statements of many African, Western and Asian specialists who are suffocated, threatened and even sometimes killed, one of the most famous of which is the French Professor Didier Raoult who defended the treatment with chloroquine at the cost of his life.

We have built our opinion on the testimonies of our members and leaders of the International Coalition against the Coronavirus and other pandemics for African development dispersed in more than thirty countries around the world who express their dismay in the face of the disinformation, corruption, terror and opacity that surround this pandemic all over the world in hospitals, offices, research institutions, pharmacies and laboratories.

Our conviction is also based on the observation we made of the WHO's reaction to the findings of Covid Organic, a drug, from the Republic of Madagascar under the enlightened leadership of President Andry Rajolina.

We have also built our opinion on the truths contained in the precious book by Claire Severac entitled "Global Conspiracy Against Health".

We are also basing ourselves on the latest video statements published by French President Emmanuel Macron expressing his reservations about COVID19 vaccines, reasons why he could not make them mandatory for the moment. We have above all understood the innuendos and deep unspoken words through his statements, to sustain our legitimate suspicion against criminal attempts to vaccinate the world's populations.
Finally we made a serious study based on the testimonies, declarations of many African panelists, doctors, experts in endogenous African science on the pan-African television channel AFRIQUE MÉDIA throughout the year 2020 who defended a coherent thesis in harmony with the positions of principles of our organization.

For all these reasons, the ICAC now demands from the leaders of this world

1 / The immediate end of the vaccination campaigns already underway across the world and especially in Africa in order to justify the appalling, false reports and statistics found everywhere on this pandemic concerning the real figures, contaminated, deaths and people recovered from COVID19.
What clear answers are the leaders of this jungle world giving to all those who are already talking about aggravated toxicity and multiple adverse effects of these vaccines, the preliminary studies of which are probably not yet completed?

Why all these deaths and supposed victims in the West and so few victims in Africa for which the powerful want to mobilize billions to offer us these death vaccines?
Such a conference will provide a better understanding of this pandemic in all its facets.

The ICAC AD would therefore like to demand from the leaders of this world and especially the African leaders, explanations before the peoples and national parliaments.
The decisions imposed in the various European, American, Asian and African countries were not all adequate and were the source of the miseries and planned bankruptcies.
The inexistence in Africa of sovereign wills of many of our leaders to defend the life of our populations ended up convincing us of their exaggerated submission and the lack of will which borders on the high treason of their parts.
In the West, despite their colossal financial means and quality infrastructure, they have allowed many old and young people, black or disadvantaged to die without valid reasons until now.
4 / The ICAC invites politicians, intellectuals, opinion leaders, celebrities, trade unionists, students, young people, workers, women and men to get involved without delay in our international campaign against rushed COVID19 vaccines in order to protect human lives and give our humanity the chance to survive this planned and maintained pandemic.

5 / The ICAC demands the immediate and unconditional cancellation of the external debts of poor countries and especially those of Africa and Latin America.
On top of this cancellation, non-refundable budgetary donations must be granted to poor countries to strengthen scientific research and the production of local medicines already found in different countries in order to treat and cure patients of COVID19, malaria, HIV AIDS and many other fatal pathologies.

6 / The ICAC demands from African leaders and peoples a greater determination to accelerate the policy of unifying our continent through the advent of the United States of Africa, the only lasting solution to the many problems of public health, security, famine, territories and poverty, sovereignty, development and democracy in Africa.

Yes to the Gigantic Mobilization of Peoples against Anti COVID19 Vaccines in 2021
Yes to freedom, democracy and the inclusive politics of international and local governance in the world.

Together let's kill COVID19 for the total liberation of Africa and the human race in a better world.

By Toure N. ZEGUEN
President of the ICAC AD International Coalition Against the Coronavirus and other pandemics for African Development.
E-mail: mspdinfos@gmail.com
WhatsApp 0022961476491 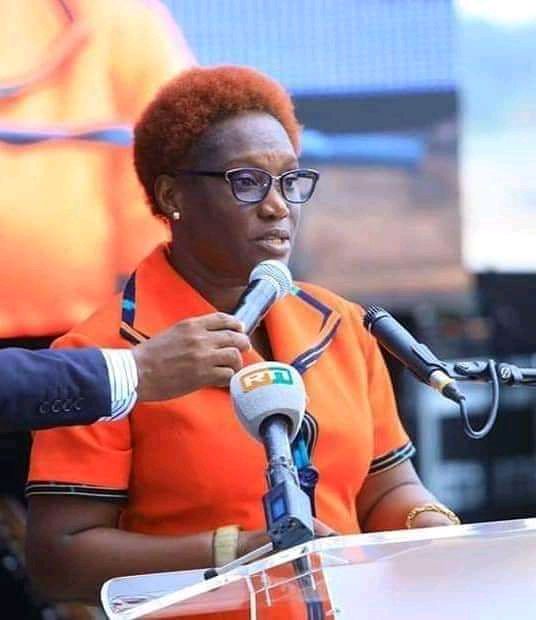 ICAC PRÉSIDENT, TOURE ZEGUEN ASKS EVERYONE TO JOIN THEM AND DEMONSTRATE AGAINST COVID19 VACCINES IN AFRICA, EUROPE, US AND ASIAE 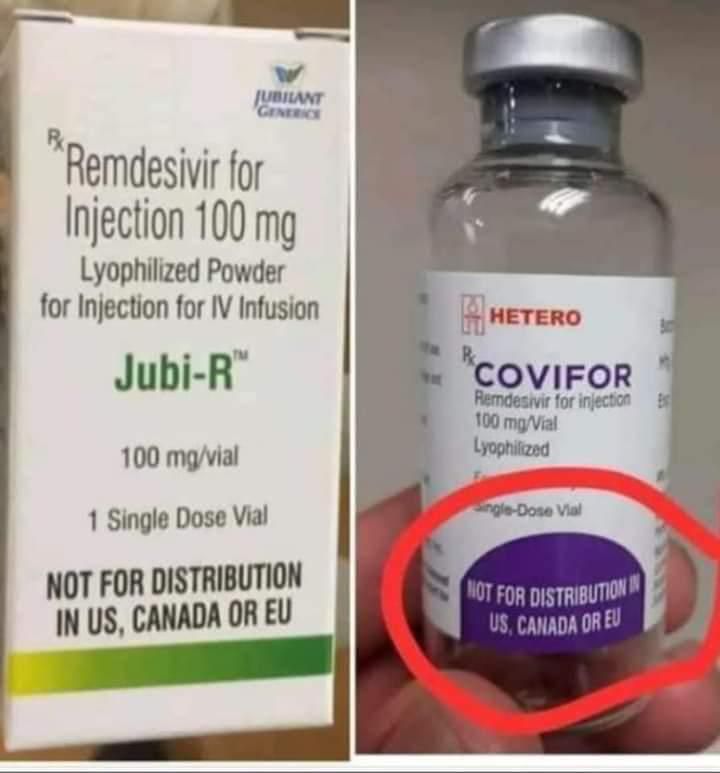